About the Casa Hogar San Jose

The Casa San José was started in 1973 by Padre Francis Welsmiller, a retired Catholic priest from Florida. The Casa is now lovingly directed by Lupita Muñiz, a native of Colima who began working with the Casa’s children more than thirty years ago. The impact of her life’s work and dedication is evident both in the effective, productive functioning of the Casa and the ways that the children care for one another and their world.

Today the Casa San Jose is home to between 60-80 children between the ages of 3 and 18, with capacity for upwards of 150. The Casa is an independently operated non-governmental organization that cares for children who have been abandoned, abused, orphaned, or whose families are unable to care for them due to poverty and other social factors. The Casa accepts children for any length of time; some stay for a few months, and some stay for their entire childhood.

The Casa San Jose spans several buildings and is staffed by social workers, childcare workers, kitchen staff, laundry staff, and long-term volunteers from the United States, The Netherlands, and elsewhere. Children are provided with food, clothing, dental and medical care, a warm bed, an education and, most importantly, love, affection, and hope amidst their difficult lives.

Most of the children attend school each day in a school building on grounds, while others attend local public and private schools. Their academic curriculum includes general subjects such as mathematics and reading, in addition to those that teach the children skills that will help them find jobs later on in life, such as computers, English language, and baking.

The children also engage in a variety of extracurricular activities, including scouting, athletics, and a locally-renowned choir group. The Casa also continues its commitment to those who graduate high school by allowing them to continue living at the Casa San Jose while they are enrolled in one of the local colleges or technical institutes. The education and life skills that the Casa provides gives its children the opportunity to break out of the cycle of poverty.

About the Casa Connection, Inc.

The Casa Connection, Inc. is a 501(c)(3) public charity based in the greater Boston area. The founding members have made numerous volunteer trips to the Casa San José and have come away with a great love for the children of the Casa.

The Casa Connection’s mission is to:

• Provide significant, lasting, and consistent financial support for the daily operation of the Casa San José orphanage, including food, clothing, education, and staffing;
• Recruit short and long-term volunteers to serve at the Casa; and
• Extend its membership and support within the United States.

Currently serving on the board of directors are: 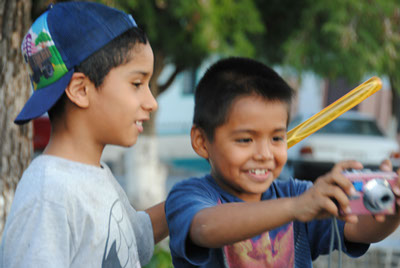